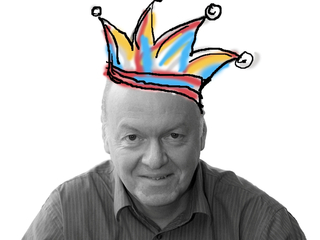 Martin Gardner, The Best Friend Mathematics Ever Had, was best known for his 300 "Mathematical Games" columns in Scientific American, in which he introduced thousands of budding mathematicians to elegant problems and magical items which still lead to "Aha!" moments today. He sometimes asked simple questions that inspired serious research, and some of those questions remain unanswered today. In his centennial year we'll survey what he achieved and the legacy he leaves behind.

Colm Mulcahy is a professor of mathematics at Spelman College, in Atlanta.  Over the past decade, he has been at the forefront of publishing new mathemagical principles and effects for cards, particularly in his long-running bi-monthly Card Colm for MAA.org.  Some of his puzzles and card effects have been featured in the New York Times, and he's blogged for Huffington Post and Scientific American.  His book, Mathematical Card Magic: Fifty-Two New Effects, is published by AK Peters/CRC Press.

His interests are broad, ranging from algebra and number theory to geometry. He was one of the leaders of Mathematics Awareness Month 2014.  He tweets at @CardColm and highly recommends that Gardner fans follow @WWMGT and @MGardner100th.