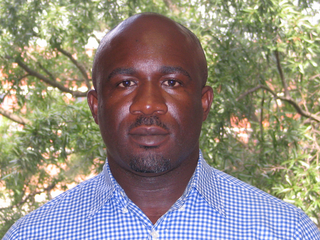 Title:  A Generalized Model of Flocking with Steering
Abstract
Flocking is a phenomenon in which self-propelled agents use only simple rules based on information about the locations and velocities of other agents to move from an unordered motion to an ordered motion in the long run.  In the literature, many authors have extensively studied this phenomenon.
In this dissertation, we introduce a model for the dynamics of flocking with steering of a finite number of agents. In this model, each agent's acceleration consists of flocking and steering terms. The flocking term is a generalization of many of the existing models and allows for the incorporation of real-world features such as acceleration bounds, partial masking effects, and orientation bias. The steering term models the individualistic behavior of agents and allows them to compensate for other external forces such as friction and gravity. The analysis of the obtained model provides sufficient conditions under which agents flock and steer together.  Our analysis shows that the asymptotic velocity need not be a constant vector. It is rather a function of time determined by the steering terms.
Motivated by the idea that staying together as a flock is more important than pursuing the individual whims of agents, we use singular perturbation theory to study our model when the flocking accelerations are much faster than the steering accelerations. Our analysis shows that the leading order behavior is one where the agents have a common flocking velocity which evolves according to a differential equation. We also provide a limited but rigorous analysis over a finite time horizon and study the limiting behavior as a critical parameter epsilon approaches zero. Here, epsilon is the time scale separation between the fast flocking and the slow steering.
Additionally, we numerically explore the inclusion of repulsive forces into our model in order to avoid collisions. Our simulations suggest that with an appropriate choice of parameters, collisions may be prevented while retaining the flocking behavior.
Tags: phd-defense