Title:  Neural Networks for the Sanitization of Compton Camera Based Prompt Gamma Imaging Data for Proton Radiotherapy
Abstract
Proton beam radiotherapy is a method of cancer treatment that uses proton beams to irradiate cancerous tissue, while simultaneously sparing doses to healthy tissue. In order to optimize radiation doses to the tumor and ensure that healthy tissue is spared, many researchers have suggested verifying the treatment delivery through the use of real-time imaging. One promising method of real-time imaging is the use of a Compton camera, which can image prompt gamma rays or simply “prompt gammas”, that are emitted along the beam’s path through the patient. However, because of limitations in the Compton camera’s ability to detect prompt gammas, the reconstructed images are often noisy and unusable for verifying proton treatment delivery. Machine learning is able to automatically learn patterns that exist in numerical data, making it a promising method to analyze Compton camera data for the purpose of reducing noise in the reconstructed images.
In this thesis we demonstrate a supervised deep residual fully connected neural network’s ability to perform on three different, and increasingly complex, data scenarios: true triples, true triples/double-to-triples (DtoT), true triples/DtoT/false triples. The jump from true triples/DtoT to true triples/DtoT/false triples is surprisingly difficult despite only gaining a single class. This single additional class requires significantly more configuration and training time than one might expect because false triples are so similar to doubles-to-triples which themselves are similar to triples. We test all of our networks on 20 different Monte-Carlo with Detector Effect (MCDE) simulation datasets which consist of varying dose rates. The neural networks showed acceptable accuracy as the number of classes grew from 6, to 12, to 13. When classifying the 13 classes the neural network had an average rough accuracy of 76% across all classes and datasets. This level of classification accuracy translates to a large measurable improvement in the amount of data that is viable for reconstruction. When doing an image reconstruction from Compton camera data on 20kMU/min, 100kMU/min, and 180kMU/min dose rates, only 7.9%, 1.8%, and 0.9%, respectively, of the all data collected can be used. When we use the neural network to sanitize the data we see that the amount of total data usable increases to 78.0%, 73.8%, and 59.6%, respectively. The neural network’s ability to make such drastic changes to data quality is a huge boon for improving the viability using the Compton camera for prompt gamma image reconstruction, but improvements to the neural network accuracy should be made for potential clinical usage.
Tags: 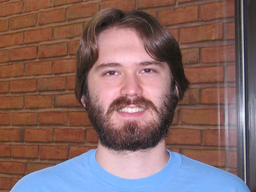