Title:  The Effect of Pre-Exposure Prophylaxis (PrEP) on the Spread of HIV in the MSM Population
Abstract
A deterministic model, with both casual and long-term partnerships, is considered to describe the spread of HIV (human immunodeficiency virus) in the homogeneous population of men having sex with men (MSM). The SI (susceptible-infected) model with one or two stages of infection is fully analyzed, and then expanded to study the impact of a pre-exposure prophylaxis (PrEP) on the disease dynamics. Assuming the advertised high effectiveness of PrEP, the main parameters controlling the model behavior include the rate at which susceptible individuals choose to initiate and possibly drop PrEP treatment, compliance with the daily dosage of the pre-exposure prophylaxis, and the frequency of different types of sexual encounters. The rate of infection in casual partnerships follows the classic mass action model, while the rate of infection in long-term partnerships is computed using a linearized expected value as a means for including the nonlocal effects of prolonged and repeated exposure to the virus, and, at the same time, maintaining computational feasibility. The reproduction numbers for all variants of the model, with casual partnerships, long-term partnerships, and a combination of both, are analytically computed and global stability of both disease-free and endemic equilibria is discussed, with explicit proofs given in three of the four cases of the model considered. Numerical results, including normalized sensitivity and partial rank correlation coefficient (PRCC) analysis, suggest that increasing the compliance among the current PrEP users is a more effective strategy in the fight against the HIV epidemic than increased coverage with poor compliance. Furthermore, an analysis of the reproduction number R shows that models with either casual or monogamous long-term partnerships can reach the desired R<1 threshold for high enough levels of compliance and uptake, however, a model with both casual and long-term partnerships will require additional interventions. Including parameters, with a full range of possible values, to describe all key aspects of PrEP use and the partnership dyads helps in identifying the conditions needed to lower the incidence and prevalence of infection in meeting the goals set by the US Government in ``Ending the HIV epidemic'' campaign. Methods highlighted in this manuscript are applicable to other incurable diseases or diseases with imperfect vaccines affected by long-term repeated exposures, such as tuberculosis, malaria or influenza.
Tags: 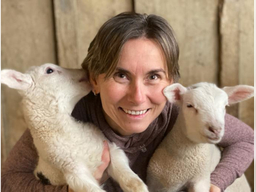