Abstract: The dissertation is on the computation of  tolerance limits under three models:  (i) the logistic regression model for binary data, (ii) zero inflated lognormal and gamma models, and (iii) normal/normal and lognormal/normal mixture models. Under (i), the data consist of  binary responses where the probability of a positive response depends on covariates via the logistic regression function.  Upper tolerance limits are constructed for the number of positive responses in a specified number of future trials for fixed as well as varying levels of the covariates.  Likelihood based asymptotic methods, small sample asymptotics, as well as bootstrap methods are  used in the computation of the tolerance limits.  The problems  have been motivated by an application of interest to the U.S. Army, dealing with the testing of ballistic armor plates for protecting soldiers from  projectiles and shrapnel, where the probability of armor plate penetration depends on covariates such as the projectile velocity, size of the armor plate, etc.  Under the models in (ii), bootstrap methods and generalized pivotal quantities are used for computing upper tolerance limits. In addition, the delta method was also used, along with a bootstrap calibration to improve performance. Under the models in (iii) also, the delta method, along with bootstrap calibration was employed to produce  satisfactory tolerance limits. The models in (iii) were motivated by the problem of evaluating safety of nuclear power plants based on data that are outputs of computer codes used to simulate nuclear accidents.
Tags: 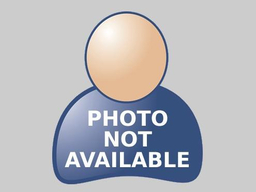