Title: Tolerance Limits and Hypotheses Tests for the Comparison of Dissolution Profiles

Abstract:
The dissolution profile of a drug is obtained from a dissolution experiment, and the profile consists of a vector of observations representing the amount of the active drug ingredient that  has dissolved into a medium at predetermined time points. The data are recorded as a percentage of the drug's labelled value.  Meaningful comparison of the dissolution profiles between reference and test formulations of a drug is critical for assessing similarity between the two formulations, and for quality control purposes. Such a dissolution profile comparison is required by regulatory authorities. Criteria used for this  include a difference factor f_1  and a similarity factor f_2, recommended by the FDA. In spite of their extensive use in practice, the two factors have been heavily criticized on various grounds; the criticisms include ignoring sampling variability and ignoring the correlations across time points while using the criteria in practice. In addition to the factors f_1 and f_2, the literature on dissolution profile comparisons has also addressed the problem of comparing the mean dissolution profiles, very often using Mahalanobis distance type statistics.

The work reported in the thesis addresses two sets of problems: the first and major goal is to put the widely used factors f_1 and f_2 on a firm statistical footing by developing tolerance limits for the distributions of f_1 and f_2, so that both the sampling variability and the correlations over time points are taken into account. Both parametric and nonparametric approaches are explored for this. The problem turned out to be especially challenging since no analytic form is available for the distributions of f_1 and f_2, and the available data are not samples from the distributions of these quantities.  In order to bypass these difficulties, a no-parametric approach is used for computing the required tolerance limits even in the parametric set up, and a bootstrap calibration is used to improve accuracy. Numerical results are reported in order to assess the accuracy of the proposed solutions, and simulation results on the coverage probabilities show that the methodology has resulted in accurate tolerance limits. The approach is then extended to the case of models that include a random batch effect.

The second problem investigated in the thesis is on the comparison of the mean dissolution profiles of the test and reference drugs by testing an appropriate hypothesis. The mean profiles are declared similar if their difference belongs to a prespecified rectangular region. Thus the alternative hypothesis states that the mean difference belongs to such a rectangular regions. The bootstrap is used to develop a test, coupled with a bootstrap calibration  in order to reduce the conservatism of the test.  Numerical results are reported on the type I error probability of the proposed test. The test procedure is also developed under models that involve a random batch effect. Finally, the methodologies for tolerance limit computation, as well as for hypothesis testing, are illustrated using two actual data sets. 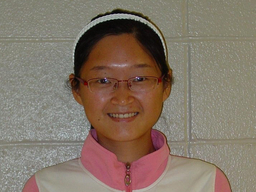