Note:  This dissertation defense will be conducted through WebEx
Title: The Disruption of Bursting Behavior in Pancreatic Islets: A Network and Dynamical Systems Analysis of Multicellular Clusters
Abstract
Pancreatic β cells, responsible for secreting insulin into the bloodstream and maintaining glucose homeostasis, are organized in the islets of Langerhans as clusters of electrically coupled cells. Gap junctions, connecting neighboring cells, coordinate the behavior of the islet, leading to the synchronized oscillations in the intracellular calcium and insulin secretion in healthy islets that is lost in diabetic islets. Recent experimental work has shown that optogenetically silencing certain β cells, called hub cells, can lead to a disruption in the coordinated behavior, calling into question the democratic paradigm of islet insulin secretion with more or less equal input from each β cell. These islets were shown to satisfy three major criteria: scale-free functional connectivity, a loss of functional connectivity with hub cell silencing, and a loss of activity with hub cell silencing.
In order to further investigate the notion of hub cells, a computational model representing the electrical and calcium dynamics of β cells during insulin secretion was applied to a network of cells connected by gap junctions in this work. A functional connectivity network, often used in computational neuroscience, was built from the simulations by correlating the calcium concentrations of β cells. From the functional connectivity, some islets were observed to have scale-free network structures. Using centralities, hub cells, which follow from the hub-follower property of scale-free networks, were identified as focal points in the islet and silenced to observe the impact on the islet activity. While a loss of functional connectivity was observed, the islet remained active, thus not fulfilling the three outlined conditions. To test scale-free networks with desynchronization, a predetermined hub cell was placed in the islet, which led to a loss of activity and functional connectivity with silencing, but not scale-free connectivity. As only two of the three properties could be satisfied, the focus shifted away from functional connectivity towards finding desynchronization with a network of heterogeneous cells. Switch cells, which were not highly functionally connected β cells, were found to turn off the islet activity when silenced. Results indicate that these cells have highly active cellular properties with neighbors near the threshold of activity, but need to be investigated further.
Tags: 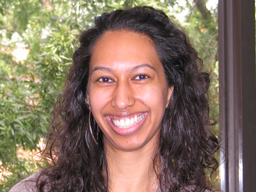