Note:  This dissertation defense will be conducted via Google Meet
Title: Some criteria and tests for the assessment of bioequivalence and biosimilarity
Abstract
Bioequivalence testing deals with assessing the similarity of two drug products with respect to the rate and extent to which the active drug ingredient is absorbed into the blood, and becomes available at the site of drug action. A common bioequivalence criterion is that of average bioequivalence (ABE), which states that the difference between appropriate mean responses is within pre-specified equivalence limits. A popular test for ABE is the two one-sided t-test (TOST). However, the TOST is very conservative when the variability is large. The conservatism is satisfactorily addressed in the first part of our work  by applying a bootstrap calibration. The bootstrap calibrated TOST has a type I error probability close to the nominal level,  resulting in significant gain in power.
Instead of focusing on a criterion based on averages, an evaluation of the similarity between the distributions of the responses can be used as an alternative criterion to assess bioequivalence. In the second part of our work, we propose  the overlap coefficient (OVL), which  represents the area of overlap between two  probability distributions, as a measure of the similarity between two distributions. Using  a fiducial approach,  we have explored the computation of confidence limits for the OVL. The confidence limits can be used to decide if the OVL value is large enough in order to declare similarity.
The third part of our work is on the assessment multivariate bioequivalence. We have explored some tests that utilize the  standard Hotelling's T2 based confidence regions.  We conclude equivalence if the confidence region is a subset of the parameter space under equivalence. In addition, we have also addressed some general equivalence testing problems in the multivariate case. These include developing the criteria,  and suggesting test procedures,  for the equivalence of two or more covariance matrices, and the simultaneous equivalence of several mean vectors and several covariance matrices. Throughout the thesis, all of our results are illustrated with examples and the corresponding data analysis.
Tags: 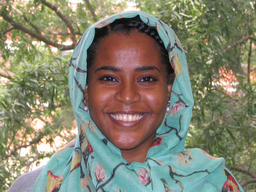