Title: Search for Truth through Data

Abstract: The talk will concern the role of statistical thinking in the Search for Truth using data. This will bring us to a discussion of P-values, which has been, and still is, a central concept in Statistics and Biostatistics and has become a critical and highly controversial tool of scientific research. It has elicited much, sometimes heated, debates and discussions. The American Statistical Association (ASA) was compelled to release an official statement in March 2016 regarding this issue, a psychology journal has gone to the extreme of banning the use of P-values in articles appearing in its journal, and a special issue of The American Statistician was fully devoted to this issue. The concerns about P-values has also been in relation to important issues of reproducibility and replicability in scientific research. This issue goes to the core of inductive inference and the different schools of thought (Fisher’s null hypothesis significance testing (NHST) approach, Neyman-Pearson paradigm, Bayesian approach, etc.) on how inductive inference (that is, the process of discovering the Truth through sample data) should be done. Some new perspectives on the use of P-values and on the search for truth through data will be discussed. In particular, we touch on the representation of knowledge and its updating based on observations, and ask the question: "When given the P-value, what does it provide in the context of the updated knowledge of the phenomenon under consideration, and what additional information should accompany it?" 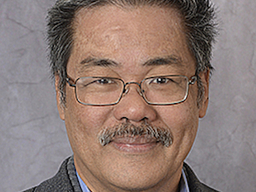