Title
Statistical Disclosure Control : Throughout The Years
Abstract
In this tech-savvy modern world, privacy of statistical datasets has always been a concern. The goal of statistical privacy research is to construct a data release mechanism that protects individual privacy while preserving information content of the data. In this presentation, I will review the literature of the development in the field of disclosure control throughout the years. Nissim et al. (2007) and Dwork (2008) introduced and defined 'differential privacy' ensuring that the removal or addition of a single database item does not substantially affect the outcome of statistical analyses. Chaudhuri et al. (2017) introduced a generalization of 'differential privacy', called 'Pufferfish', which can be used to address privacy in correlated data. While working with time series data, they showed that a specific Pufferfish mechanism, called the 'Markov Quilt Mechanism', has strong composition properties comparable to pure differential privacy when applied to time series data. Stinner (2017) described a disclosure control model based largely on Bayesian decision theory. He defined utility and risk in the Bayesian framework. Fixing an upper bound of the risk, he tried to maximize the utility. While the importance of privacy is not a new topic, the methodologies to achieve it are relatively new. Going through several years of research on this topic, it is fair to say that although quite a bit has been achieved for uncorrelated datasets, there is a lot more work that needs to be explored for time series data or correlated datasets.

Title
Population collapse in Elite-dominated societies: A differential equations model without differential equations
Abstract
Many civilizations have risen and then collapsed. There can be many causes. A major influence can be how Elite (wealthy or ruling) populations interact with the Commoners (workers) and the environment. Each population’s size can fluctuate. We say a model is “Elite-dominated” when the Elites’ per capita population change rate is always at least as large as the Commoners’. First we present a class of ordinary differential equation models in which the Commoner population C(t) always crashes (i.e., C(t) → 0 as t → ∞), sometimes after undergoing many oscillations. We use a new Lyapunov function theorem to show the extinction of the Commoner population. We discard the equations entirely, replacing them with qualitative conditions, and prove these conditions imply population collapse must occur. Here is a link to the publication.
Published article 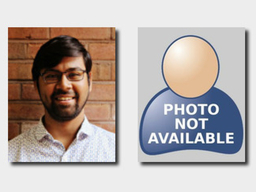