Title: Rectangular statistical regions with applications in laboratory medicine and calibration
Abstract
Reference intervals are among the most widely used medical decision-making tools, and are invaluable in the interpretation of laboratory results of patients. Moreover, when there are multiple biochemical analytes measured on each patient, a multivariate reference region (MRR) is needed. Such regions are more desirable than separate univariate reference intervals since the latter disregard the cross-correlations among variables.  Traditionally, for the multivariate normal distribution, MRRs have been constructed as ellipsoidal regions, which cannot detect componentwise extreme values. Consequently, MRRs are rarely used in actual practice.
In order to address the above drawback of ellipsoidal reference regions, we propose procedures to construct rectangular MRRs in both the multivariate normal and nonparametric settings. In addition, we construct MRRs using two different criteria, namely that of prediction regions and tolerance regions. The accuracy of the proposed procedures are evaluated through estimated coverage probabilities and expected volumes. Moreover, the procedures are illustrated using real-life data. In some scenarios, the proposed methodologies are compared with Bonferroni simultaneous intervals.  Solutions to incorporate covariates in the computation of MRRs are also proposed. Finally, this study tackles the multivariate calibration problem by adapting the idea behind rectangular MRRs to compute rectangular regions under both the controlled and random calibration settings. The proposed calibration regions are illustrated using real-life examples.
Tags: 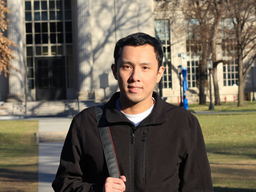