Abstract: Simultaneously finding multiple influential variables and controlling the false discovery rate (FDR) for linear regression models is a fundamental problem. In this talk, I will introduce the Gaussian Mirror (GM) method, which creates for each predictor variable a pair of mirror variables by adding and subtracting a randomly generated Gaussian perturbation, and proceeds with a certain regression method, such as the ordinary least-square or the Lasso (the mirror variables can also be created after selection). The mirror variables naturally lead to test statistics effective for controlling the FDR. Under a mild assumption on the dependence among the covariates, I will show that the FDR can be controlled at any designated level asymptotically. 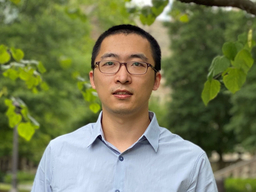