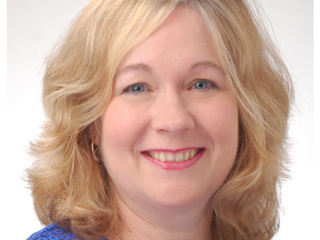 Dr. Kathleen Hoffman is the recent recipient of two grants: One from NSF to develop models of the spread of HIV, and the other from CURM (Center for Undergraduate Research in Mathematics) that sponsors undergraduate research on that subject.

Work on the NSF grant, titled "Mathematical Analysis of the Prevention of HIV with PrEP and HAART Treatment", will be conducted in collaboration with Dr. Katharine Gurski at Howard University and Dr. Ruth Pfeiffer at NIH.  The project will develop new mathematical models of the spread of HIV incorporating the realities of disparate subpopulations, concurrency of long-term and casual partnerships, the effect of pre-exposure prophylaxis treatment (PrEP), as well as the transmission through both virally and non-virally suppressed individuals.
The model will include the effect of non-steady highly active anti-retroviral treatment (HAART) through structured treatment interruptions, lack of adherence to drug regimen and drug resistance.
As a part of this project, UMBC doctoral student Sylvia Gutowska is currently working on including the effect of pre-exposure prophylaxis treatment (PrEP) in a model with a homogeneous population with concurrency of long-term and casual partnerships.

This grant, shared with Dr. Katharine Gurski at Howard University, support research work with undergraduate students on developing a within-host model of HIV for emerging drug resistance for both PrEP, pre-exposure prophylaxis treatment, and highly active antiretroviral treatment (HAART), the treatment after infection.
Rebecca Laws and Michael Klos, both undergraduate mathematics majors at UMBC, will be working in collaboration with Dr. Gurski's team of undergraduate students at Howard university to develop a simple within-host model that has the potential to be combined with a between-host model to study the effect of drug resistance to the spread of HIV.
The intra-host model developed under the CURM grant will juxtapose and feed into the inter-host model, which is the focus on the NSF grant, in a way that addresses drug resistance of both HAART and PrEP.
Also see a related article in UMBC News.